Angus Zeolite is a natural, basaltic volcanic ash which has a high cation exchange capacity [CEC]. It contains a range of major and micro elements. Clinoptilolite can capture the substance of solid, liquid and gas phase in its large internal adsorption surface. The dimensions of the channels are large enough to enable molecule as big as few tenth of a nanometer to penetrate, while small enough not to capture large complex molecules such as amino acids, vitamins and other biological macromolecules. The Grid of clinoptilolite acts as a selective adsorption sieve that some molecules escape and others will not.

Angus Zeolite: naturally occurring hydrated alumino-silicate of alkaline metals and alkaline earth metals of volcanic origin. The structure of clinoptilolite consists of three-dimensional grid which consists of Silicate tetrahedrite (SiO4)4- each interconnected via oxygen atoms; the atoms of silicon is replaced by aluminum (AlO4)5- way, creating a characteristic spatial structure with a significant incidence of cavities, interconnected by channels, in which metal cations, or water molecules are stored. Experiments show that by adding 15% Angus Zeolite to sand the water holding capacity increases by 45-50%.

Creating new surfaces
1 – 4 tonnes/hectare
Apply to root zone before seeding or turfing
Established turf
0.5 – 1 tonne/hectare
Apply by itself or mixed with top dressing after aeration and brush into root zone

Apply at any time of the year. 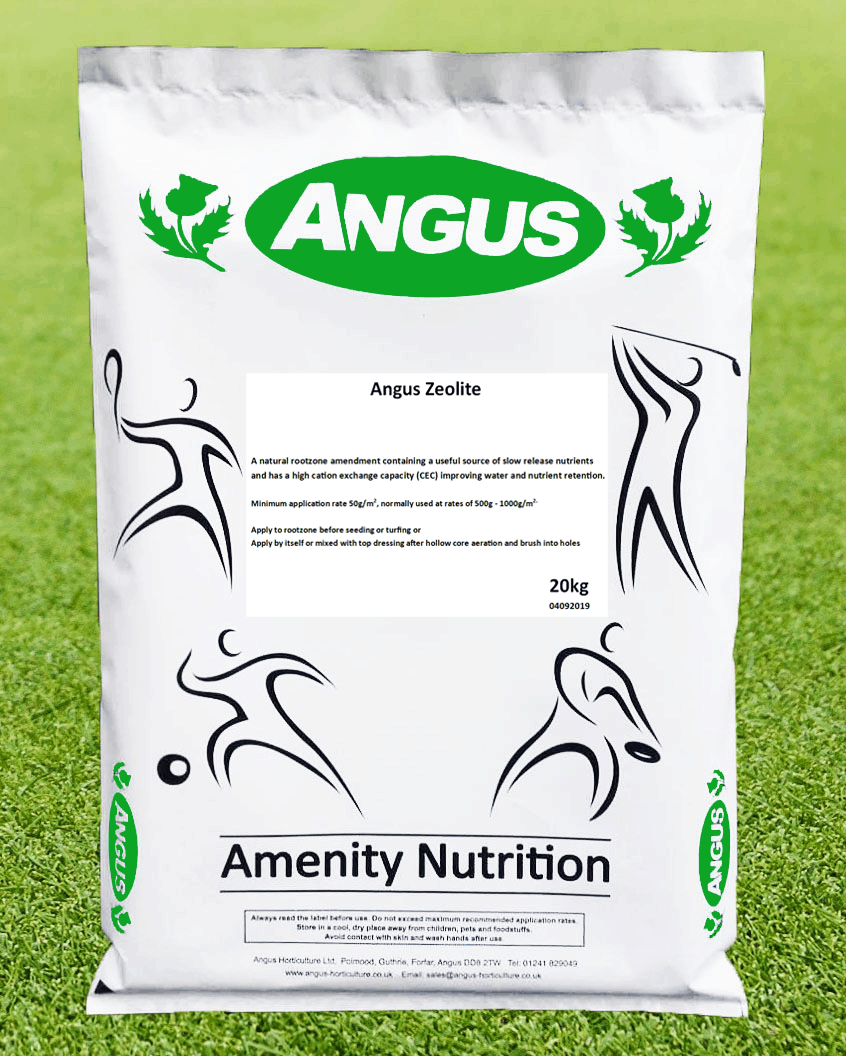